Zev Gotkin says the social media giant’s algorithm tweaks promote quality content. You just have to play by its rules.

Mark Zuckerberg announced at the beginning of the new year that change was coming to Facebook. A week later, Facebook said it would make major changes to its News Feed and the algorithm that determines what content gets more exposure. Naturally, marketers did what they always do whenever Facebook makes an announcement: they freaked out.

Marketers went especially ballistic over this part of Zuckerberg’s statement: “We started making changes in this direction last year, but it will take months for this new focus to make its way through all our products. The first changes you’ll see will be in News Feed, where you can expect to see more from your friends, family and groups.

“As we roll this out, you’ll see less public content like posts from businesses, brands, and media. And the public content you see more will be held to the same standard — it should encourage meaningful interactions between people.”

Predictably, many marketers reacted as if this news is a catastrophe. The exposure of content from many publishers and brands will now be even further relegated to the margins, which means they will have to pay Facebook more money for the privilege of getting their content seen and engaged with.

Most users, on the other hand, see this is a positive change. They’re rejoicing that they will now see more content from friends and family and less ads, “fake news” or other pieces of content they don’t care about. An article in The Atlantic went as far as claiming this recent announcement is an admission of defeat from Facebook, which it seemingly blames for toxifying political discourse and tearing apart the very fabric of democracy. As users, there is no question we benefit from this overhaul of the News Feed.

Other marketers aren’t too worried about the change. In a recent blog post, Mark Schaefer of We Help Businesses {grow} cautioned marketers against blowing this whole thing out of proportion. “Organic reach [was] already dead,” he pointed out. “The organic reach for an average business is [already] less than 1 per cent … In reality, nothing has changed.” In Schaefer’s opinion, this entire hullabaloo over Facebook’s News Feed algorithm change is much ado about nothing.

My initial reaction to the news was similar to Schaefer’s. Organic reach is already dead and has been for a long time. No news here.

But after letting it all sink in, I actually think this change may, in fact, be a good thing for marketers. And the rest of us, too.

Let’s all pause for a second and stop hyperventilating. Take a deep breath. Facebook has made gigantic changes in the past that threatened to hurt the reach of branded content. In a recent episode of The Science of Social Media, a podcast by Buffer, it was rightly pointed out that this new algorithm change will not virtually destroy the reach of branded content and is much less severe than an update Facebook made in the past. Whenever Facebook has made a change, good marketers have always found ways to adapt.

But while this change might make it more difficult for brands to reach their target audiences on Facebook, let’s look at the positives here. While most marketers are annoyed about the part of the announcement predicting users will see less from publishers and brands, they seem to have overlooked this part: “I’m changing the goal I give our product teams from focusing on helping you find relevant content to helping you have more meaningful social interactions.”

In other words, content that is relevant and helps stimulate engagement will get more priority. Facebook is simply trying to put the social back into social media.

Facebook’s vice president of News Feed, Adam Mosseri, had even more encouraging words for content creators. He told Wired magazine: “Content that … facilitates or inspires more meaningful conversation or meaningful interactions between people will get more distribution, and content that does so less will get less distribution.”

In a recent interview with business tech site Stratechery, Mosseri said: “So if you and I had a back and forth conversation on a post from a page, that would actually count as a meaningful social interaction,” Mosseri said. “So it’s more about the interactions between people and less about just the consumption of content from friends.”

So publishers and brands need not fear. What they need to do is create content that fosters meaningful engagement.

It’s fair to say that the collective bar has been raised. This new update will not hurt brands who are already posting relevant, quality content that the audience actually wants to consume and interact with. The winners will continue to win. Those who provide value may actually experience greater reach and engagement than they did previously, thanks to this change. The spammers and noisy self-promoters, however, will no longer be able to dominate the feed.

We all know that not all content from friends/family is quality content that leads to meaningful social interaction. Therefore, brands putting out good content need not worry.

Go all in on groups: In the recent announcement, Zuckerberg stated that the new change will encourage interaction between people who are in communities based on common interests. For example, Zuckerberg says, “there are many tight-knit communities around TV shows and sports teams”.

If you’re in any Facebook groups (I’m in way too many), then you’ve already noticed that the posts in these groups are increasingly finding their way into your feed. This is a trend that will continue to grow. Facebook said it hopes that by favouring group content in the News Feed, Facebook will become a platform that facilitates greater social interaction and conversation. Content that users only consume passively by watching, dropping a “like”, and scrolling on with their lives will be voted down in the feed.

So, make sure you participate in groups. Do so authentically and not in a spammy way, of course. Start discussions. Answer questions. Better yet, start your own Facebook group.

Go live: Just do it! Facebook has been telling us for a long time now that Facebook Live is heavily favoured by the algorithm. Facebook has taken steps to prioritise video in general, but the platform especially favours live, because it often prompts greater engagement, especially comments. “We’ve seen people interact way more around live videos than regular ones,” Zuckerberg said.

Interestingly, when Facebook Live emerged in 2016, many people, initially excited by this new feature, started testing it out. I noticed the organic reach, impressions and engagement were much higher on my live videos than on the rest of my Facebook content. Eventually, the novelty wore off.

Personally, witnessing so many people making boring and pointless live videos kind of ruined it for me. However, Facebook took pains to remind us in their recent announcement that live still works and that it will reward us for using it by giving it greater post reach. So, go live!

Relax: Don’t worry so much. If you’re doing the right thing by users, then you’re going to be fine. I’m optimistic that this new change will push the bad content further down in the feed and allow the good content to rise to the top.

Note: This piece was first published in Medium. 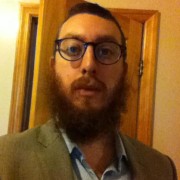 Zev Gotkin is a content writer and entrepreneur in Brooklyn, New York. Founder of Zev Marketing Consultancy, he enjoys interviewing innovative entrepreneurs and others who make an impact on their industries and on their world.